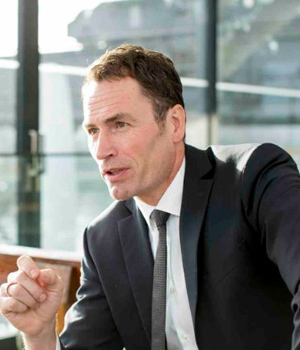 The good news first: Germans are putting their money away for a rainy day again. While they saved EUR 9 on average out of EUR 100 in 2013, it was already EUR 9.70 in 2016 with a continuing upward trend, as the Federal Statistical Office’s calculations for the first quarter of 2017 show. Germans are therefore among the most diligent savers in the world. This is not just a pleasing development for the finance industry in Germany but also for the savers themselves and the entire nation as a rising savings rate is considered to be the ultimate sign of growing prosperity.

The bad news is: savings rates of more than 10 percent were common in Germany between 2003 and 2010. And at the start of the 1990s, savings rates even reached values over 13 percent. The Germans’ current savings propensity is still far from these levels.
However, what is even worse is that despite lots of campaigns, in particular by various financial institutes and associations, the Germans are still hoarding their money mainly in cash in current accounts or savings. Despite the extremely low level of interest. Out of the Germans’ total financial assets amounting to EUR 5,586 billion in total, roughly 77 percent of it was stuck in cash in current accounts, savings, insurance and pension schemes at the end of 2016. Most of these assets achieved returns below the inflation rate.
Only nine percent of the total financial assets were invested in shares and just nine million Germans owned shares or equity funds. At the same time, every single analysis shows that a long-term investment in standard shares has always achieved high positive returns in the past. For example, anyone who invested in the DAX at the start of the year in any year since 1966 and left their money there for 20 years, would have achieved a 6 percent return in the worst case scenario (namely in the period from 1967 to 1987). Please note, in the worst case scenario!
Germans are therefore missing out on billions of euro every year that they could generate with ease. Can we allow ourselves and afford to accept this fact with a shrug of the shoulders and carry on with the agenda as usual? No, unfortunately not. As our statutory pension will contribute less and less to the standard of life we are accustomed to in our old age as a result of the demographic trend. We are already familiar with the problem of old-age poverty now but this will take on dramatic proportions in future if countermeasures are not taken. And this will then affect all of us.
Shares have a negative image among the general public. It is only possible to change this through information and education. The finance sector can make important contributions to this and is already doing so to some extent, but the actual impetus has to come from the state. We need better economic education, as is already practised in many other countries inside and outside Europe. Simple basic rules have to be taught in the process, as well as more complex matters. Economics as a school subject would be a good start for this.