Microsoft 365 and the Essential Eight 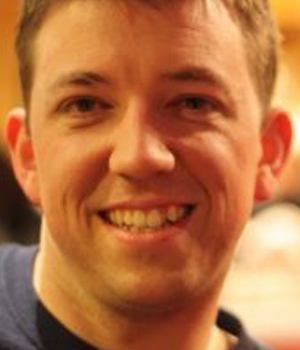 In February 2017 the Australian Signals Directorate published their latest Strategies to Mitigate Cyber Security Incidents. As part of this revised guidance the ASD have include a new priority list of mitigations called the “Essential Eight”. Building on the more established “Top 4” controls, which are mandatory for all Australian government organizations, the Eight are specifically designed to create a baseline cyber security posture that prevents malware, limits the extent of incidents, and facilitates data recovery.It's almost a year later and much has been written about the Essential Eight, and there are lots of great resources on the ASD web site. However, this article will take the perspective of an organization adopting Microsoft 365. We'll look at the elements within the customer's control to effect adherence to the Eight as well as the things Microsoft does in delivering the products and services. You'll see me refer to these below as Customer Controls and Microsoft Controls, respectively. Put another way, there will be a list of Microsoft products and features that customers may deploy to address the Eight, and a second list of things Microsoft does behind-the-scenes.As we walk through each of the items in the Essential Eight you'll find a quote from ASD briefly describing the item, clicking on this will link to further reading sourced directly from the ASD web site. You may notice that a number of the items in the Eight are affected by the recent update to the ASD Information Security Manual Controls, where applicable I've highlighted the relevant control updates.I'll follow this article with a longer discussion of the ISM Control Updates published in November 2017, also from the perspective of adopting Microsoft 365. But that is for another day.I'm using Microsoft 365 as shorthand here to describe the three individual technology components, which are Office 365, Enterprise Mobility + Security (EM+S), and Windows 10. I'll call them out separately as we get into each item of the Eight but refer to them collectively as Microsoft 365 for brevity. To learn more about the Microsoft 365 suite please refer to my earlier article Unpacking Microsoft 365.The intent of this article is twofold. Firstly, it is to give you practical advice about Microsoft 365 implementation within the context of the Essential Eight. And secondly, to give you an appreciation for what Microsoft does to secure the technology itself. Hopefully, this will not only highlight some ways you might further enhance your Microsoft 365 deployment, but also assist in any threat and risk assessments you might be completing in the process. 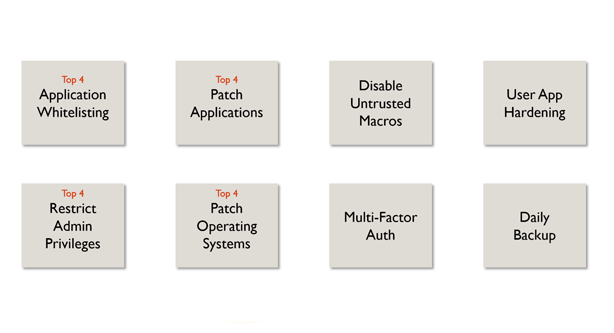 Application whitelists are perhaps the strongest measure to prevent malware from infecting an environment as they explicitly prohibit any unknown process from running. However, application whitelisting is by its very nature a restrictive approach that can be difficult to manage, particularly in end-user computing scenarios. Microsoft 365 introduces a number of capabilities that can aid in this.Note that the 2017 ISM Controls Update includes a new control requiring whitelisting that is based on publisher certificates to now be scoped to both the publisher name and product name, ISM Control 1471.Application Whitelisting is a Top 4 control.

Flash, Java, and Silverlight are not used in the delivery of Azure or Office 365 services.Microsoft system administration terminals do not have internet access.

It remains all too common for high levels of standing admin access to exist within an organization, leaving a serious security risk of both attacker lateral movement and insider attack.Given the ongoing risks posed the 2017 ISM Controls Update has a number of updates and new controls relating to admin access. Control 1469 has been added and states:

Microsoft recommends running separate accounts for Admin access.Office 365 does not require licenses for Admin accounts, and includes Multi-Factor Authentication for them. This creates a great baseline for securing admins, but more advanced features may require a license be allocated.Microsoft recommends Privileged Identity Management to provide time-bound admin access and deliver a zero-standing admin permissions configuration for both Office 365 and Azure.Using Office 365 Customer Lockbox Microsoft customers can have final approval over a Microsoft admin performing a task that brings them into contact with the customer's data (see Lockbox below).

Microsoft developed an internal process known as ‘Lockbox’ to provide time-bound admin access and deliver a no standing admin permissions configuration for Office 365 and Azure.No Microsoft engineer has an account with standing access to administer the services.Admin access is granted at a fixed time, scope, and duration to complete a given work item.For more information on the Lockbox process please refer to the white paper “Office 365 - Administrative Access Controls” from the Microsoft Service Trust Portal (under Trust Documents, FAQs and White Papers).

Like the requirement to Patch Applications, patching operating systems is another critical mechanism to protect a system from malware, intrusion, corruption, or disruption. Components of Microsoft 365 introduce enhancements to the management of this process.Note that the 2017 ISM Controls Update includes new and updated guidance calling out specific timelines for this to occur, see ISM Controls 1144, 0940, and the new ISM Control 1472.Patch Operating Systems is a Top 4 control.

EM+S includes Microsoft Intune for mobile device and application management and System Center for managing updates & patching in on-premises and IaaS environments.Windows Update for Business further enhances update management and automation with the ability to ascribe ‘update rings’ which then automatically ensure devices are kept to a particular update cadence. Windows Update for Business integrates with both Intune and System Center.

Multi-Factor Authentication (sometimes referred to as Two-Factor Authentication or 2FA) is now a critical element in the protection of an organisations data, systems, and user identities. When services are externally accessible, MFA is essential for the security of those services. Passwords alone are simply not enough.
However, MFA has a reputation for creating friction with users. The challenge is to adopt smart MFA technology which adapts to the various user, device, and network conditions to only interrupt the user when necessary to enforce the right security posture. For example, an organization may permit access when the user is connecting from a trusted device in a secure location, but challenge the user to provide an additional pin or one time passcode when outside of the secure location. This is just one example of some of the logic that can be applied, though far more sophisticated scenarios and outcomes are available.

EM+S includes Conditional Access, this allows organisations to provide contextualised, intelligent Multi-Factor Authentication to Office 365 and other SaaS, and even on-premises, applications.

Multi-Factor Authentication is an integral component of both the physical access controls and the ‘Lockbox’ process for engineer access.All physical and logical access requires MFA.

Backup is perhaps one of the most important mechanisms to protect against both malicious and inadvertent data corruption or loss. In every customer journey to Office 365 it is a concern that naturally comes up, and it is something that occasionally challenges organizations to think differently about backup.Traditional and SaaS backup methods differ substantially and force customers to confront long held beliefs and re-focus on their requirements, not simply “the way we've always done it”.You'll find many references to “offline” and “disconnected” storage of backups within the Essential Eight guidance on the ASD web site (even in headline quotes such as the one at the top of this section). However, there are now provisions included in the guidance to call out cloud services and put special considerations around them.Additionally, the 2017 ISM Controls Update now accommodates cloud services, such as Microsoft 365, by removing the specific need for offline storage. Under Backup Strategy, new text was introduced to address online backups:

The text goes on to explain ways to ensure online backups are appropriately safeguarded. All of which are commonplace for the more mature Software-as-a-Service offerings such as Microsoft 365.The relevant ISM Control within this section (0119) has been updated to include the following text:

“ensure that backups cannot be maliciously modified/corrupted or deleted without appropriate authorisation.”

Up until now the prescribed way to prevent modification, corruption, or deletion of backups was through offline storage, but this updated guidance creates room for online storage with appropriate controls in place.This update highlights a growing understanding that cloud services can achieve the same or greater levels of security and resiliency as traditional IT, but that they often achieve it in new or different ways. This further highlights the importance of prescriptive security guidance being updated regularly and responsively to reflect the state of the industry.It's a credit to the ASD that the Essential Eight, and the ISM more broadly, now reflect the state of modern and mature cloud services such as Office 365. They no longer prescribe methods incompatible with SaaS cloud offerings, and are therefore no longer able to be called out as a blocker to cloud adoption.

Office 365 includes multiple synchronous and asynchronous backups across data centres within the region at greater than daily frequency.Within each data centre content is replicated multiple times across highly redundant storage physically spread across the facility and actively monitored for corruption.You can read more about the resiliency and backup features of Office 365 in the white paper “Office 365 - Data Resiliency” which is available in the Microsoft Service Trust Portal (under Trust Documents, FAQs and White Papers).

I hope this has been a useful exploration of the Essential Eight, from a slightly different angle to the usual. If you'd like to understand more about the technologies mentioned in this article please reach out to your Microsoft Account team, Microsoft Support team, or preferred Microsoft Gold Partner, as they will be very happy to expand on the information provided here. You can also send me a note or a comment below.You may have noticed multiple references the most recent IRAP documentation throughout this article. Microsoft online services customers can access the latest IRAP assessment documents through the Microsoft Service Trust Portal (under Compliance Reports, GRC Assessment Reports). There is additional implementation detail contained in the IRAP documents not shared publicly. I recommend using these reports to further your understanding of the mitigations Microsoft has in place and also in completing risk assessment work. It's worth taking a look at the assessors recommendations too!