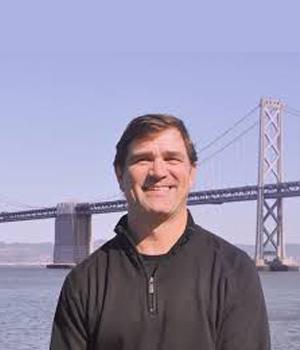 The shortage of qualified developers is forcing companies to either go without the tech talent they need or train nontraditional job candidates from other fields in order to fill these roles. According to a recent Gartner survey, an estimated 1 million computer programming positions in the U.S. are expected to go unfilled by the year 2020. With companies and enterprises dependent on new business technology to be successful in a global economy, this is a disaster waiting to happen.
In addition to a lack of IT professionals seeking new jobs, a skills gap is also putting a dent in business productivity. A study from the University of Birmingham Collat School of Business reports that 40 percent of businesses have a moderate to major skills gap, leading to a 20 percent loss of productivity and a total loss of $1.3 trillion to U.S. businesses. As companies are forced to create workarounds to address this skills gap, a new class of hybrid IT/business workers, otherwise known as citizen developers are emerging.

Facing reality and a shortage of developers

This IT skills gap increases the career value and organizational impact of business-focused employees who are using new low-code application development platforms to build the applications they and their teams need to be successful.The University of Birmingham Collat School of Business study also states that approximately 80 percent of “pacesetter companies” encourage their citizen developers to design and deploy self-built apps.
In the past, “build your own app” initiatives were mainly excluded from mainstream IT because of IT policies and other roadblocks. However, innovative organizations now include citizen developer app deployments as a valued part of their IT strategy. In fact, 63 percent of the citizen developers deploy solutions without engaging their IT departments.
Citizen developers work within specialized cloud-based solutions that are specifically engineered to support “no-code” app development and collaborative system deployment. Citizen developers provide a valuable service to their organizations and are doing so at a time when the “IT Skills Gap” has almost reached critical mass. The need for employees who can self-develop business-grade apps is providing new and improved employment opportunities and promotions for workers that are willing to step up to the plate.
There are a variety of low-code platforms that businesses can deploy to encourage innovation by those willing to take on the citizen developer role, which also increases productivity and efficiency while boosting morale of teams empowered to take control of meeting business goals.The question is whether businesses understand how they can use low-code application development platforms and whether they’ll affect the bottom line.

Here are some ways low-code platforms can be used to dramatically transform business through team and lines of business empowerment:

-Rather than depending on traditional software solutions, which require a yearly commitment, management and support, low-code platforms have a low barrier to entry, are generally not expensive, easy to manage and require no coding expertise.
-Low-code applications can replace spreadsheets, databases and standard workflow management applications while including collaboration capabilities that enhance productivity.
-Low-code applications are cloud-based, providing easy access to team members located anywhere in the world. Embedded data sharing and team communications capabilities allow companies to manage multiple company-wide projects and initiatives at the same time.
-IT departments can work side-by-side with citizen developers and even participate in their digital workspaces. If IT departments wish to have more control over the applications teams are creating, they can review and deploy sanctioned, cross-department data sharing and workflow applications on a per-user/as-needed basis. Central administration is highly advantageous to the IT groups responsible for app security and management.

The key to building a successful team of citizen developers generally starts with simple app creation that engages just a few team members. Once proven successful, the self-built apps can be interactively expanded, and users can be added on an as-needed basis.

As the IT skills gap and the lack of experienced developers continue to hit business where it hurts – the bottom line – companies that look to a new generation of agile, rapid development tools and the citizen developers eager to use them will be more competitive and won’t be left behind in the highly competitive digital, global economy.

Dave Landa is CEO of Kintone, part of Cybozu Inc., a public Tokyo-based software company ranked as Japan’s #1 office productivity solution year after year. He’s been on the forefront of the Cloud revolution driving strategic business development on the executive teams of multiple leading Software as a Services (SaaS) application providers dating back to 2004. Landa has previously driven hyper-growth at Fortune 500 companies (Ball Corporation) and startups alike (Blue Rice, SPG Solutions, Electric Run) and also has been instrumental in bringing a mid-stage company through to a successful IPO (Active Network).