On Premise IT Gets Flexible 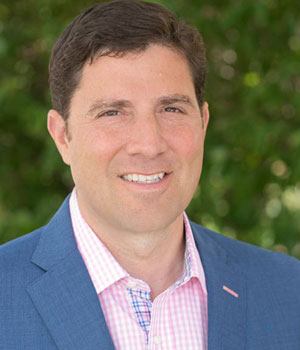 For the better part of a decade, IT organizations have heard how public clouds are less expensive and more agile. What hasn’t really been discussed, however, is the latency introduced when public clouds are accessed across a wide area network. But, thanks to the rise of software-defined private clouds based on hyper-converged appliances, on-premise systems today are easier to manage with levels of application performance that can’t be rivaled by public cloud services. That means it’s now possible to have all the IT flexibility of a public cloud for workloads that are simply too latency sensitive to be deployed outside of an on premise data center.

Two trends are coming together to provide this flexibility using converged infrastructure that, for the first time, turns compute, storage and network resources into a truly shared pool of IT services. The first is Flash memory as a form of persistent storage: instead of relying on magnetic disks, Flash memory—either directly attached or in the form of an all-Flash array—is increasing on-premise application performance by several orders of magnitude. At the same time, the physical footprint of the data center is shrinking dramatically, which in turn reduces the amount of energy consumed.

Plus, storage administrators no longer have to waste time figuring out where to place data on a magnetic drive to optimize performance—which, as we all know, usually came at the expense of actual magnetic storage utilization.

The second major trend is the emergence of software-defined data centers (SDDC). Just about every aspect of IT infrastructure now can be managed at a higher level of abstraction. This approach not only makes it possible for IT administrators to dynamically manage compute, storage and networking resources at the same time, it also redefines how IT teams will collaborate with one another.

Just as significantly, SDDCs will enable those IT teams to provision IT resources on demand instantly. In effect, an internal IT team will be able to provide the same levels of service that many application owners today think is possible only when they opt to use a public cloud.

A new “Practical Guide for Evaluating the Value of VCE Converged Infrastructure for Data Center Modernization” study from Forrester Consulting helps drive those points home. The study shows that IT organizations that adopted platforms developed by VCE achieved a 20 percent reduction in actual hardware costs alongside a 30 percent increase in IT operational efficiency. Just as critically important, the report finds that business productivity increased 5 percent to 10 percent over a three-year period.

IT organizations are moving forward with building out their own private clouds. In fact, the Forrester study finds that roughly two-thirds of the global IT professionals surveyed are building out a private cloud. While regulations may have some impact on that decision, the simple fact is that many IT organizations now have a lot more confidence in their ability to dynamically service the needs of their application owners.

Much of that confidence stems from the fact that it’s now much more affordable to embrace Flash technologies in data center environments that have never been simpler to manage. Whether it’s using Blocks, Racks or Appliances, we’re confident that every IT organization can benefit from a modern converged infrastructure now available at price points starting at less than $60,000.

Arguably, enterprise IT has always been a competition for application workloads between one platform and another. The public cloud simply represents another platform option. But like any other platform, it has its weaknesses and strengths. When it comes to application performance, the laws of physics guarantee that there is no substitute for on-premise IT. Add in concerns about security and compliance issues, and the public cloud isn’t even an option for many IT organizations.