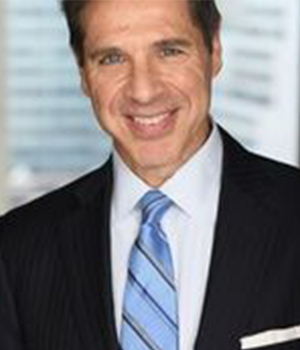 “Embracing Creativity as a Leader to Build Solutions”

David S. De Berry believes that creativity is not the result of an outside force or voice bestowing a vision or a melody, etc. upon a person. Rather, creativity is the result of a person asking questions that challenge commonly accepted assumptions – searching for answers from both the active mind and the quietness that lies within us all, engaging others to do likewise, and having a determination that allows for trial and error.

In the late 1990s, Dave, formerly a commercial (deal and trial) attorney with a Masters in Tax Law who then became an insurance executive, saw inefficiencies in the typical negotiating process that occurs in mergers and acquisitions involving privately held companies. In its most extreme form, counsel for each side (buyer and seller) was told “protect me but don’t kill this deal.” Counsel would then embark on protracted negotiations around the scope of the representations concerning the target company, the amount up to which the seller must indemnify the buyer if the representations proved to be inaccurate, and the amount and time frame of an escrow of a portion of the purchase price to secure the indemnity obligation of the seller. Dave asked how could a buyer safely avoid this process? And the buyer-based representations and warranties insurance (“RWI”) policy was born. Today, the policy is offered by over twenty insurance companies and has become a standard tool in mergers and acquisitions involving privately held companies in the United States.

“Concord Specialty Risk is a Managing General Underwriter and consultant that provides transactional risk insurance and loss mitigation-evaluation services that address the risk of loss arising.”

And ancillary products followed. The buyer-based RWI policy protects the insured from unknown breaches of representations – but what about known issues, such as pending lawsuits that are not fully covered by other existing insurance, or uncertain tax positions that have been raised in negotiations by the buyer, or, in the case of an asset purchase, the buyer’s concern that it not have successor liability regarding claims against the seller? Dave developed products that addressed each of these concerns.

In 2011, Dave (and Ken) sold Concord to Ryan Specialty Group, LLC, which is led by Pat Ryan, the widely respected insurance entrepreneur and founder and former Chairman of Aon, one of the largest insurance brokers in the world. Pat’s integrity, culture of empowerment, and emphasis on client-centricity have enhanced Concord’s ability to create new products that address marketplace needs on a sustainable basis.

In 2020, confronted with the coronavirus pandemic, Concord developed additional products to assist struggling companies. Moreover, Dave saw numerous other forces impacting the landscape of American businesses. The rancor between the two major political parties had spawned distrust for the government across all three branches. Combined with the sense that “sudden doom is possible in today’s world,” as exemplified by the pandemic, the distrust of government has created heightened levels of uncertainty with respect to regulatory and litigation risk.

Thus, Concord developed insurance that protects borrowers under the PPP Loan (Grant) Program against an overzealous Small Business Administration, which is expected to audit every PPP Loan in excess of $2 million. Concord has developed policies tailored to litigation funders, which are taking advantage of today’s litigious climate by investing in lawsuits – enabling litigants and/or their law firms to finance the litigation. Concord has also developed Bankruptcy Claim Insurance, which allows for buyers (typically, asset managers and investment bankers) who purchase a claim against a debtor in bankruptcy to be assured of obtaining a threshold amount. As an offshoot of Bankruptcy Claim Insurance, surety bond issuers to companies in oil and gas exploration have concerns that operating platforms pursuant to “executory” contracts may be cancelled. In response, Concord has developed products insuring such risk. All of these risk transfers can be (and have been) mutually profitable as a result Concord’s proprietary risk calibration techniques and due diligence processes.

In 2020, Concord also revamped its data mining processes concerning RWI policies and has made industry-leading changes to when a merger and acquisition agreement has “gone too far” in favor of the buyer by providing representations that are inherently incapable of vetting.

Lastly, Concord has led insurance towers that call for the participation of many carriers on an excess basis to address risk of large magnitude. This is fairly common with tax insurance and specific litigation insurance. Concord is in the process currently of leading an insurance program that will be between $500 million and $1 billion that will help a successful litigant monetize a large judgment awarded to it, but subject to appeal. The insurance would guaranty a floor recovery on the judgment, which would allow for the judgment to serve as collateral for a non-recourse loan.

Dave believes that leaders should recruit workers who redefine their responsibilities by addressing the needs of the client or organization. Generally, the key people in any organization or industry possess a genuine appreciation of all people while staying dedicated toward self-development and prosperity. Dave is enormously proud of the team that comprises Concord. IE 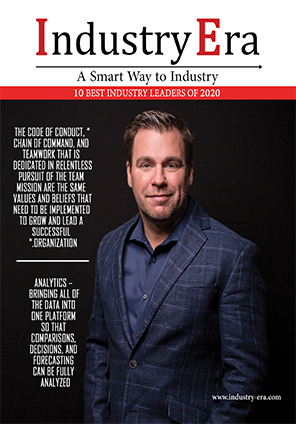