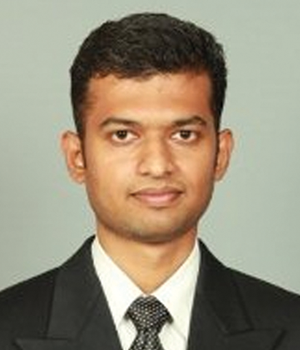 Me and my daughter have a special language. I try to build alternate and different sounding phrases for the common activities. This is not mother tongue, you might rather call it Father tongue. This is how I differentiate myself from my better half when it comes to getting my daughter's attention. This strategy works most of the times. When I say things to her in that special language, she is more receptive. This is her and my language. My prodding reduces and I get to get her do her stuff much easily.

Language has always been a great connector. Communities are built around languages. We have states and countries built around this. We are aware of Morse code. Indian Army has units which are grouped by languages and regions. Its the week of valentine, so let me also go on and say that they (couples) too have specials language that bonds them. It could be by way of glances, that sign, color or any other allusions.

With the onslaught of globalisation, the potence of this weapon (custom language) has reduced. However, their still exists cases where language (not custom though) still plays a important role. For instance: Government organisation specifically looks at rendering information in the local languages. This helps them deliver G2C services better. Some region have higher affinity to local languages and hence language is still a potent weapon. For private organisations, the communication could also be by ways of symbols that could be in the form of mascot (for instance that of Mcdonalds) or the way they operate.

So is there a space for "custom built language" and their applicability in corporate world. Chris Lonsdale in his video tells that any new language can be learnt in 6 months. Taking that premise further, any new language can also be built in 6 months. It is said that; in english language if one knows 3000 words he/she would be good at the language. So for building a new language, someone would have to create sounds and characters for these 3000 works and then define a way of using them or may be adopt to one that is available. While there is effort in building, there are benefits too. The benefits range from securing long term commitment from employee due the investment he makes in learning the language, the special affiliation that the team forms and many more.

Lee is his paper describes how intellectual property is used as a competitive edge by companies only when the cost of litigation is a deterrent for the follower company. In his paper he also describes how organisations maintain competitive advantage by maintaining trade secrets. Also IP is not always the best route especially is countries with lax legal environment. In such cases, the way of doing things, the affiliation of language adds that competitive edge. A Custom Built language further adds to the competitiveness by encapsulating the information and by making the communicators feel special in the company of each other.

For organisations, the business applications serve as the languages through which they communicate with both external and internal stakeholders. While most communication could be generic, some could be special. These are those special cases through which competitive advantage is derived. It could be the R&D department, it could be the manufacturing or any other depending on the context.

This is one of the element that cloud strategy looks at. While migrating to cloud application has its own advantages, it cannot be at the cost of competitive advantage. Competitive advantage if derived from the language (way of communicating with stakeholder) needs to be preserved,organisations would be better off building their own applications than going to cloud.