Anything but Absolute Zero, with Healthcare Analytics 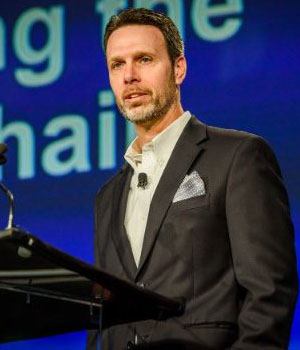 The Growing Interest in Healthcare Analytics.

Many would readily admit that their Healthcare organization does not have the information needed to meet the coming expectations of their patients and payers even though significant investments have been made. In fact, to put the investment that Healthcare has made in Electronic Health Records (EHR) alone, the global EHR market was valued at USD 15.56 billion in 2013 and is expected to reach an estimated value of USD 23.98 billion in 2020.
While EHRs are great for collecting information, many are now finding Healthcare Analytics (beyond an EHR system) are required to unleash the value that is within the vastly accumulating data. We can now see a new and vastly growing market for Healthcare Analytics as this market is developing at four times the rate of that of the EHR market. Healthcare Analytics was evaluated at $6.85 billion in 2014 but is expected to reach $23.8 billion by 2020 (an estimated CAGR of 23.9%).
Industry transformation from volume to value is the major driver for information based Healthcare. Improved quality, reduced length-of-stay, lower costs and heightened competition are just a few demands of this technology.
Healthcare appears to be chasing the words of Lord Kelvin (the creator of ‘absolute zero’) who once stated, “When you can measure what you are speaking about, and express it in a number, you know something about it.”

The Mayo Clinic has a long history of using information to improve its efficiency and care for patients. In fact, Henry Plummer instituted the first integrated medical record in 1907 and first mechanical conveyance system for the Medical Record in 1914. (Source: Management Lessons from Mayo Clinic) Mayo is also one of the first to implement an EHR and just last year it was announced that they would be making yet another significant investment on a replacement.
“Epic will deploy a single, integrated EHR and revenue cycle management system at the renowned campus. This will replace Mayo’s three EHRs currently in use today, and will be the foundation for the next "several decades" of care delivery there, officials say.” (Source: Healthcare IT News)
Ten years ago Mayo implemented a new Enterprise Resource Planning (ERP) system and their first modern Healthcare Analytics data warehouse (and it remains in use today). Shortly after, they invested in what is called the Enterprise Data Trust (EDT). The EDT effort brought together administrative data and EHR data to a single integrated and standardized data warehousing environment. They now have core analytics products that provide the practice with mix, reimbursement, cost, productivity, patient satisfaction and quality measures.
With several pieces of key infrastructure (data, data warehouses, tools, and application solutions) now in place, Mayo recently engaged a team to create a 5-year Healthcare Analytics roadmap that includes the use of new “Big Data” technology as well as developing Data Science talent.
While the investments to date have enabled mandated reporting and descriptive & retrospective analytics capabilities, in the future, they aim to develop new capabilities that enable predictive and prescriptive analytics. These more advanced analytics capabilities will allow users to not just look at what has happened historically but also predict what is likely to happen in the future and proactively make the appropriate decisions.

A few Healthcare Analytics leaders that we should be watching.

While many (such as Mayo Clinic) have been working hard to close gaps in Healthcare Analytical capability these three seem to have a jump start.
Mercy Healthcare in St. Louis has developed a robust Healthcare Analytics culture. They have a very active physician analytics council, have implemented an enterprise performance management system and have codified forty care pathways which are monitored for adherence. Analytics are not just for show at Mercy as they have integrated key metrics from their system into their pay for performance program. Epic also clearly recognizes the opportunity with Healthcare Analytics and as a result introduced their data warehousing platform called “Star” which has more than thirty data domains. While “Star” is mainly sourced from their EHR they also import external sources such as claims. Coupled with their cloud deployment strategy they are positioning their customers not only with business intelligence solutions but also with the ability to collaborate and share data.
Lastly, PriceWaterhouseCoopers (PwC) acutely recognizes that analytics may transform their core Healthcare Consulting business. Rather than developing combative strategies, they have decided to embrace this opportunity and as a result invested heavily in a Healthcare Analytics ecosystem. Their system includes a big data platform coupled with deep talent in data science (both onshore as well as offshore) and innovation engineering. As an example, they currently have applications that provide their own employees with predictive analytics associated with chronic conditions such as hypertension.

What we see outside of Healthcare and what the future might hold.

The Healthcare Industry would not be alone if it were significantly transformed by information and analytics. Following are just three changes that few would have predicted.
The big banks missed one. Around 1990, two strategic visionaries (Richard Fairbanks and Nigel Morris) realized that information technology was powerful enough that they could do more sophisticated predictive modeling. These two men had no success persuading the big banks to take them on as consultants and let them try. Finally, after running out of big banks, they succeeded in garnering the interest of a small regional Virginia bank: Signet Bank. You may not have heard of little Signet Bank, but you’ve probably heard of the spin-off: Capital One.
Pit row is not only for mechanics. While formula one racing cars valued at more than $9 million, (a steering wheel alone is worth $77,000) they are far more than just pricey contraptions whizzing around at more than 200 miles per hour. These cars are also intelligent, thanks to the dozens of sensors fastened to them. Most spectators expect the race to be won or lost on the track but few realize that powerful interconnected computers around the world are tapping into tremendous amounts of real-time data and providing pit crews with analytics (that are now the envy of other industries). Yet for all the data generated by the car, the driver sees little of it as they are maxed out on their cognitive capacity driving the car. That said, due mainly to analytics, gut feel decisions are not made.
Who would have guessed? In the 90's many foresaw a radical change in music distribution as Napster was clearly seen as a market disrupter. However, few would have predicted that analytics would be the primary driver. Today, Pandora, mines musical notes, rhythm, instrumentation, lyrics, artists, genre, location and other data about their listeners to not only seamlessly distribute music but to do so based on individual preferences (including 45 billion "like data"). They called the technology their "music genome project" and as a result they dominate the music industry as the clear consumer choice. Today Pandora has over 250 million listeners. (Source: DMR)

The objective of this article is to inform the reader of a likely up and comer in the field of Healthcare, “Analytics”. Mayo Clinic and other medical centers have advanced in past decade and have high aspirations in the coming years. Outside of Healthcare, there are clear examples of innovators that have embraced this “new machine” and have transformed not only their organizations but their industries. The Data Scientists of the future will help develop analytic solutions required to increase patient satisfaction, improve safety and clinical outcomes as well as reduce costs. Given the market predictions stated earlier by Healthcare industry experts, the Data Scientists have clearly determined the next big problem to solve. One can only imagine the outcome when the Healthcare Analytics market reaches $24B in 2020 (as projected).