3 Major Changes for Technology in the Manufacturing Industry 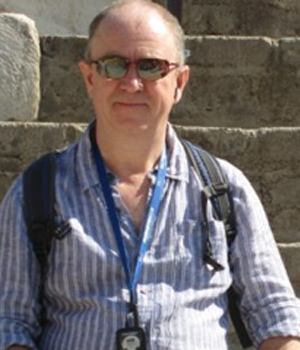 Technology is constantly changing no matter what industry you work in, and as we progress through time the manufacturing industry is having to adapt to many technological changes. While much of the technology is helping the industry grow from strength to strength, there is still more that we have yet to be introduced to.

So, what can we expect to see happen within the next 5 to 10 years, and how might it affect the industries working within manufacturing?

Increase of Wearable and Portable Tech

While lately, we have seen everyone sporting a ‘fitbit’ or a smartwatch, within the manufacturing industry we are also going to be seeing an increase in wearable and portable tech.A new study has revealed that more than half of all manufacturing settings will include not just using new digital technology, but wearing it, within only five years.

This study, which was commissioned by Zebra technologies, was based on online reports from 1,100 ‘decision makers’ in the manufacturing industry from various places in the world. The main finding from the results was that an entire half of those surveyed planned to deploy wearable tech in their businesses by 2022. Surprisingly, 55% of those already using wearable technology in their businesses plan to boost the number of these devices further over the same period.

The survey also showed the link with the Industrial Internet of Things, showing that its integration was accelerating, making a shift towards Industry 4.0. You can read my previous article on this topic here.From 2022, 64% of the contacted manufacturers expect to be ‘fully connected’.

One of the primary changes from a shift in portable technology within manufacturing is linked to the general rise in automation. As we see the growth in AI and robotics inside warehouses and other related environments, one of the biggest results is the fact that humans are increasingly being taken out of the loop. Will it be that those long manual inventories and other such manual tasks will no longer be necessary from humans?

While a statistic tells us that 62% of workers currently use a pen and paper to track vital manufacturing steps, this figure is expected to drop to only 1 in 5 workers by 2022.Many employees believe this to be a threat, while if you see it from a different perspective it is actually a huge opportunity. It’s no surprise that this heated topic is constantly discussed within the industry, however many tasks such as loading or unloading could be taken over with a result of new and interesting ones created.

It requires upskilling and diversification of a workforce to train in robotic engineering and other related skills such as data analytics and programming.

While wearable technology and automation are closely connected, robotic companions are another factor which is going to be entering factories, warehouses and other manufacturing locations very soon.

A global survey conducted by the International Federation of Robotics reported that 1.3 million industry robots will be entering the manufacturing industry by as soon as next year. While that isn’t too surprising, as they are already present in some places, it seems to be accelerating. With a record-breaking increase of 43% within only a year, this just shows how the market value for robotic systems has changed.

Advanced robotics systems can work faster than people, as well as being able to handle dangerous materials, heats or other settings, resulting in higher quality and safety on the manufacturing floor. An even more impressive and huge change for robotics in manufacturing is a new trend of collaborative robots (or ‘cobots’) which will work alongside human team members.

These machines are designed to learn as they work, similarly to humans, which leaves the human counterpart to focus more on strategizing rather than repetitive assembly tasks. A great example of this is STO Express, who now work alongside their robotic companions to sort 200,000 packages a day.

These are just 3 of the changes which, if they are not already happening, are certainly going to be here extremely soon. While the sector is always changing, the truth is that we are going to be adapting to these technological changes sooner rather than later.

As the MD at Dean Group, I am very much excited to see these changes in action and to see how they change the structure and workload within the manufacturing sector. From Industry 4.0, Dean Group is excited to see what else is next.