The Cloud in the Age of Nationalism 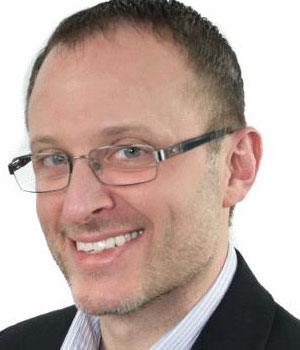 Over the past few years, there has been a rise in nationalism across the globe. Citizens and countries are starting to step back and reflect on what is going on internally within their borders and leaving the rest of the world to deal with their own problems. It is as if the Me decade (the 1970s) is playing out across each country. Everyone wants to divorce global alliances and focus on themselves.
This movement comes at an interesting time. Never before has our economies been so tied together. As the internet evolves and reaches more and more people, the complexity of living in a digital world is growing. After all, the internet is no longer about just delivering web pages or emails. The internet has enabled the cloud, and this has transformed the internet to a delivery method for experiences and services across a world-wide audience.
Think about the cloud like a modern automobile. No one country manufactures everything that makes up an automobile. You might have a chassis from the US, seats from China, and an engine from Germany. The services we enjoy on the internet have evolved in a similar way through the cloud. An cloud application you use could be delivered regionally or from the country where the company resides. Your personal information for that application could be on-premises or in a secure facility in a digital privacy friendly country.
The cloud is where nationalism begins to break down. Cloud providers have created the ability to host data wherever a company chooses. A company doesn't necessarily need a physical office in a foreign country to operate and reach customers anymore. This global reach flies in the face of nationalism, but it is the reality in which modern businesses operate and it allows them to grow.
Digital privacy laws, woefully outdated in the United States, can be manipulated with this new rise of nationalism. There's been a troubling movement in the US to attempt to force US based technology companies, like Microsoft, Amazon and Google, to provide data from non-US datacenters. I've written about this at length in a previous article if you're interested.
These companies certainly aren't the only ones operating on a global scale, nor is this operating model something new. Companies have been operating across borders for hundreds of years. Yet, the ease of technology is used as an excuse for governments to request intangible data in ways they cannot get to tangible assets under the guise of self-interest, or nationalism.
In an Amicus filing, several tech companies expressed their strong opinion of the US government's attempt to force Google to turn over emails stored in a non-US datacenter. The filing outlines how other nations view this as an "extraterritorial act on the part of the U.S. Government."

As the internet leads to the cloud and the cloud necessitates these digital privacy questions, nationalistic movements come into conflict. A nationalist might argue that US companies operating overseas should be held to US laws in supporting US interests, but that just isn't how the world operates in a global economy.
As governments make these moves in the interest of nationalism, trust is eroded. The long term result may be a slow adoption of the cloud or isolated company-hosted datacenters that remain within a country. With this lack of trust taking cloud services off the table, innovation is greatly stifled. As innovation suffers, every company, and subsequently that company's country, could be financially impacted.
This is also a big issue for tech companies and one that will likely soon be coming to a head. As nationalism drives more issues about the cloud and digital privacy, countries (and their companies) will look to secure content in their own country.
The aforementioned digital privacy laws (written in the 1980s and slightly updated in the 1990s) will eventually need to be updated. Depending on the result, the cloud industry may start fragmenting or more likely we will see a shift to outsourcing the operations of cloud datacenters to regional providers as a way to bypass these nationalistic efforts and ensure digital privacy of its customers.
Microsoft is one cloud vendor seemingly already hedging their bets this way with the largest global footprint of cloud datacenters on the planet. Have they already predicted this movement or was it born out of the ability to globally compete? Regardless of the intention, they may be the best protected in nationalism takes hold.
Time will tell what impact nationalism will have on technology and the cloud, but one thing is clear. Companies will find a way to innovate to stay competitive and cloud providers will find a way to deliver that innovation at scale to customers in a secure way, and they will continue to fight in the meantime.