Blue-collar Backlash: Are We Too Arrogant in IT?

By Mel McGee, Founder & CEO, We Can Code IT 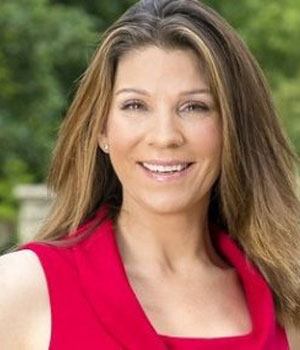 Mel McGee, Founder & CEO, We Can Code IT

Some things really get IT folks riled up. One of them is a recent article in Wiredclaiming that coding is the next big blue collar job. While it sounds like a sign of hope and opportunity, it’s created a backlash amongst IT professionals -- one that uncovers the “belly of the beast.” As an industry insider, I've heard this blue collar job idea unleash fears, assumptions and what sounds like territorial sandbox whining amongst software developers, as in "Here comes more crappy code" or "These guys won't be experienced enough to do what I do."
To be honest, when I started as a software engineer over 20 years ago, those very same words might have come out of my own mouth. I dislike poorly written code as much as the next gal (or guy) and yes, some roles in software development demand deep experience. But I’ve also come to see a much larger perspective on the future of our global economy, on coding jobs, and the impact on people’s lives. I challenge my fellow developers to let down their defenses for a moment - and follow my logic.First, not just anybody can become a professional developer. Almost every respected bootcamp, including We Can Code IT, has strict entrance criteria and assessments before and during training. It’s how we ensure the integrity of professionals entering our field and those who enter can actually keep up with the pace of the class. On average, only 15% of those who apply to We Can Code IT actually gain entrance into our full-stack program -- and not everyone makes it through. To succeed in our fast-paced program, students must have the ability to learn and adapt quickly. They need agile, cooperative attitudes so they can pull for the success of the team. These are qualities we demand from our students -- and ones employers are looking for, too.

Given this, and the fact there are plenty of coding to go around (and then some), you’d think our fears of infiltration would be set to rest. But why do we still harbor a sense of protectionism, and yes, dare I say it -- arrogance -- when it comes to lowering the drawbridge and allowing new faces into the software development kingdom?

I think of Lexus Davis, a young African-American woman and one of hundreds of unconventional students I’ve seen work their way through our coding bootcamp. Lexus comes from a family with roots in the blue-collar city of Cleveland, the city built on rock & roll and steel plants virtually lining the city’s Cuyahoga River - yes, the same river that caught fire in 1969. Lexus was the first in her family to attend college and certainly the first to enter the tech industry. She was nearing the end of a job with a construction company when she signed on with We Can Code IT’s bootcamp. Even before our accelerated program was over, she proved her value and was hired by JPMorgan Chase as a software developer. The company continues to mentor her through their two-year Technology Analyst Program.
So my question is this: why can’t these non-traditional but well-trained coders also build a career, give back to the world and provide for their families? Why can’t their different perspectives and experiences give them unique skills and approaches that might actually address gaps in solving problems from a perspective that we aren't even aware of? Their previous life experience adds balance to an industry often lopsided with traditional programmers who tend to come from relatively homogenous backgrounds. Why can’t these other folks succeed too, and even thrive, though they traveled a different path in life and in education?
I see this happen on a daily basis in our coding bootcamp in Cleveland, one of America’s great comeback cities with a “rust belt” blue-collar history. I’ve discovered that it’s a faulty (and somewhat arrogant) leap to say a coder will write crappy programs simply because they’re a “bent arrow” who followed a different path in life. I’ve found it’s never too late to learn - and that people with different experiences bring different gifts to the party. And want to compare depth of skills? Well, that’s where the rest of us step up to the plate and serve. If we close the door to new faces - our industry will implode. If we cling to our “we got here first” and “no one can do it better” attitudes, over one million tech jobs in the U.S. will go unfilled. If we want a strong IT industry where “clean code” reigns -- we need to embrace newcomers and share our expertise by mentoring.
We can’t afford to exclude new faces in IT. Instead, we need to answer the call to be leaders in a society that’s competing in a world economy. I hereby challenge my fellow developers to become role models, advocates and mentors to a new generation of coders. They need your encouragement, not your arrogance. You’re better than that. So make a difference in someone’s career and in someone’s life. Encourage, welcome and mentor a new generation of hard-working coders who write clean code and deserve a decent paycheck.